On October 6, 2020, along with the rest of the world, all of us at Kramer and Gibson Brands were shocked and deeply saddened to hear that Eddie Van Halen had passed away due to throat cancer at age 65. 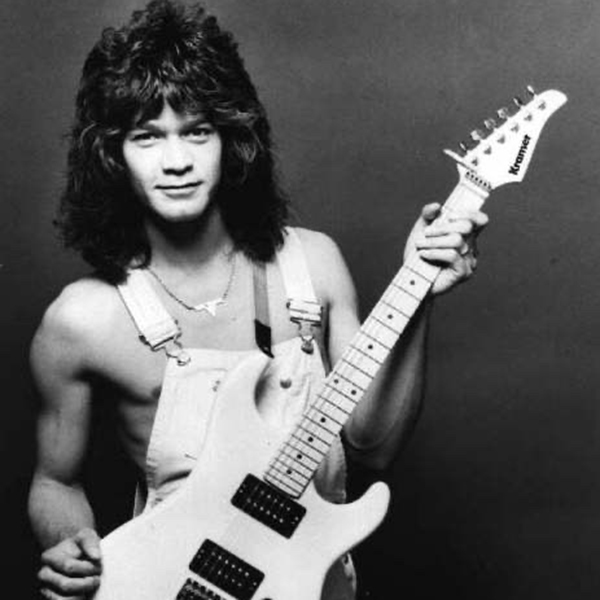 Eddie Van Halen was one of those rare individuals who wasn't just gifted and talented, he was an innovator for the ages. He came out of left field and completely reimagined and reinvented what rock guitar playing could be, and in the process, he created timeless music and influenced countless guitarists.

Eddie first became associated with Kramer in the early 1980s and he was in no small degree responsible for initially popularizing not only the brand but also the stripped-down, hard-rocking, shred-friendly guitars that became synonymous with the era. Guitar models such as the Kramer Pacer, Baretta, and The 84 all bear his direct influence and remain highly popular with players today. He pioneered the use of and completely mastered the Floyd Rose® locking tremolo and further increased the vocabulary of the electric guitar. Well-known for his innovative tapping techniques, he was an incredibly capable musician with a distinctive and instantly identifiable sound. With speed, finesse, and distinctive phrasing, his fluid, effortless technique was breathtaking to watch and awe-inspiring to hear.

Eddie was a unique talent, and the guitar community owes him a great debt for his contributions to the advancement of the instrument and its repertoire. While Eddie is no longer with us, his music lives on. Our thoughts are with his family, friends, and countless fans.